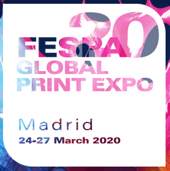 MacStrategy presents a run down of the current status of Microsoft Office for macOS and iOS mobile devices (iPad/iPhone). Microsoft now also offers a subscription based Office 365 service that allows you to install the most up-to-date version of Office for Mac that is available. On the 24th September 2018 Microsoft released Office 2019 for Mac for Volume License users only - Office 2019 will be available to all customers, consumer and commercial in October 2018.

NOTE: If you are having problems with installation/activation call Microsoft on 02031 474930 in the UK or (866) 825-4797 in the USA. Alternatively, see these dedicated Microsoft support pages.

NOTE: As of Office 2011 with Microsoft's dramatic lowering of prices at the time, discounted upgrade versions are no longer available/sold.
NOTE: As of 6th July 2017 Skype requires OS X 10.9 Mavericks or later.

Points To Note About Office 2019

Points To Note About Office 2016

What You Need To Know About Office 365

Office 365 requires regular payment (a subscription) to continue using the software (SaaS - Software As A Service). The subscription licensing is similar to Adobe's Creative Suite in the Cloud. You pay your subscription, you download and install the software, the software works while you pay. If you stop paying/cancel your subscription, the software goes into 'reduced-functionality mode' (you can open/read and print documents but you cannot edit them or create new documents). If a new version comes out while you are subscribing you get the new version at no extra cost. However, unlike the Adobe model there are still perpetual and volume licensing options available for the desktop products, your documents are saved in an open, non-proprietary format, and you can choose to pay yearly/monthly or even from month to month. If you plan to cancel your subscription you should check that the document features you plan to use are going to be supported by third party alternatives. Most Office 365 subscription plans include all the Office 2016 desktop applications for OS X, Office for iOS apps including OneNote, plus 1TB of online cloud storage† space via OneDrive (formerly known as SkyDrive) and a Skype minutes monthly allowance. For home/non-commercial users there is a "Personal" subscription (£5.99 per month - 1 user, 1 PC/Mac, 1 tablet, 1 phone) or a "Home" subscription (£7.99 per month - 5 users, 5 PCs/Macs, 5 tablets, 5 phones). There are a range of plans for businesses/commercial users. Office 365 needs an internet connection at least once every 39 days to "phone home" otherwise the applications will go into reduced functionality mode (view/print documents but not edit/create new documents).
† - Over time Microsoft has changed the amount of OneDrive storage offered with Office 365 Personal, Home and University subscriptions. In June 2014 Microsoft bumped Office 365 subscribers from 20GB to 1TB. They then added unlimited storage in October 2014. From early 2016 unlimited storage will be removed and it will be 1TB again. Storage allowances differ for business users based on their type of subscription and level.

NOTE: If you are not happy with the software login to your Microsoft Account and cancel the subscription/remove your card details.

How To Setup Office 365 (business users)

Go to the Office 365 Business web site, choose a plan, sign up and install your choice of software as required.

Microsoft's activation scheme does two specific things to try and prevent software piracy: In either situation the activation system will block the install and you need to contact Microsoft to verify the legitimacy of your ownership of the software. This can be a pain in the butt but in all cases you do not need to repurchase Microsoft Office or purchase the Office 365 subscription. If you have a receipt/invoice and a serial number Microsoft should issue a new serial number/activation code. However, this is where the most problems occur simply because Microsoft support, especially for Mac products, is so poor. Be firm and resolute and make sure you have that proof of ownership before calling. NOTE: If you are having problems with installation/activation call Microsoft on 02031 474930 in the UK or (866) 825-4797 in the USA. Alternatively, see these dedicated Microsoft support pages. You can also try removing any licensing files from your computer and reinstalling/reactivating.

Microsoft routinely invalidates some "product keys" (serial numbers) via software updates/service packs because they may have been leaked/compromised and/or posted on software pirating web sites. If you can prove ownership of the software they will give you a new product key (serial number).
NOTE: If you are having problems with an invalid product key call Microsoft on 02031 474930 in the UK or (866) 825-4797 in the USA

NOTE: You can buy Office 2016 as perpetual licensed / boxed editions but you won't get proper access to the Office apps for mobile devices including iOS (iPad/iPhone). Boxed editions are "medialess" and do not contain installation media/discs. You get a unique code in the box that allows you to download the software installer via the internet but it is not a subscription.

NOTE: This product was previously known as "Home Premium".

Office for iPad/iPhone/iPod touch requires iOS 7.1 or later
NOTE: One month's access to all three apps via Office 365 is now available as an in-app purchase. Home (1 user/1 device) costs £5.99. Personal (5 users/5 devices) costs £7.99.
NOTE: Microsoft allows iOS devices that have screens smaller than 10.1 inches to edit documents for free so the iPad Pro requires an Office 365 subscription to be able to edit documents (this is not just an iOS restriction - it applies to Android and Windows devices too).