This is a very rudimentary, quick guide to the basics of TCP/IP v4 networking.

You should think of IP addressing like telephone numbers. Telephone numbers consist of three parts: An IP address consists of a country/area code + the number e.g. 192.168.0.1: The split between country/area code and the actual number is defined by using a "subnet mask" e.g. 255.255.255.0. The 255's are the numbers that "mask" the combined country/area code from the actual number part of the IP address. All numbers between each dot range from 0-255 (the actual number never uses the numbers 0 or 255 as these are actually kept for network "broadcasts").
NOTE: The IP address and Subnet Mask actually break down to binary numbers but that's beyond the scope of this article.
The free to use (also known as "private") network ranges are: So if you are creating a private network at home/the office you should use one of the above networking schemes e.g. These will give you a network that can handle up to 254 devices. If you need a network that can handle more devices i.e. up to 64516 use:

A single network consists of at least two devices using the same area code (and thus same subnet mask) and with their own number.
NOTE: Each device on the same network must have a unique number. 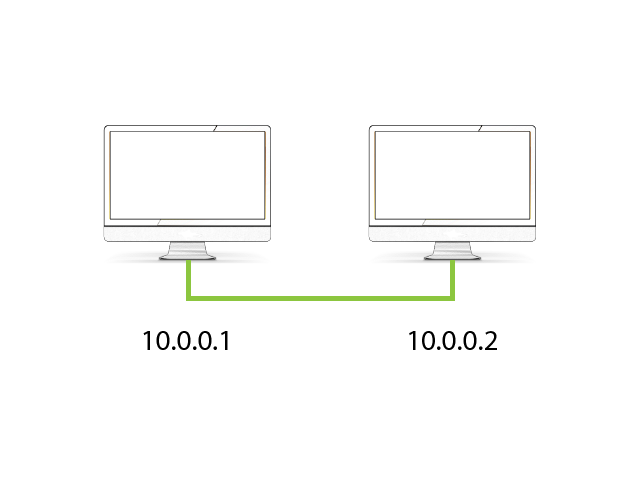 Networks can be wired or wireless. To expand a single network hubs, switches and bridges are used.

NOTE: With costs having dramatically lowered over the years switches are now almost always recommended over and above hubs. 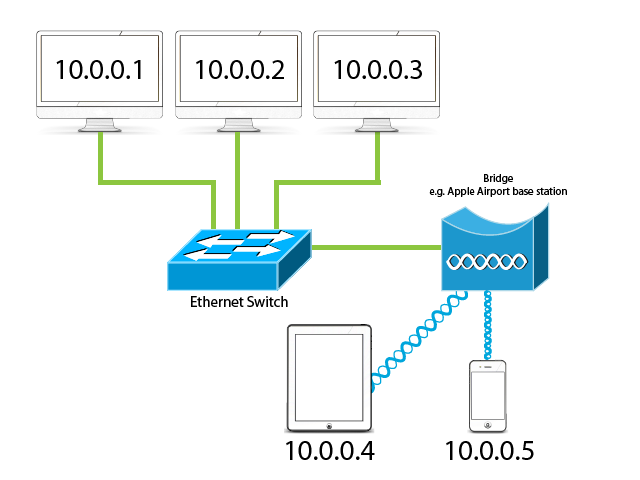 To join two different networks together a router must be used to "route" traffic between them. A router can connect two different networks using two different country/area codes using Network Address Translation (NAT). If you want to protect traffic going from one network to another you use a firewall (often a router is also a firewall). Firewalls can be programmed to allow or not allow certain types of data (protocols) in and/or out. 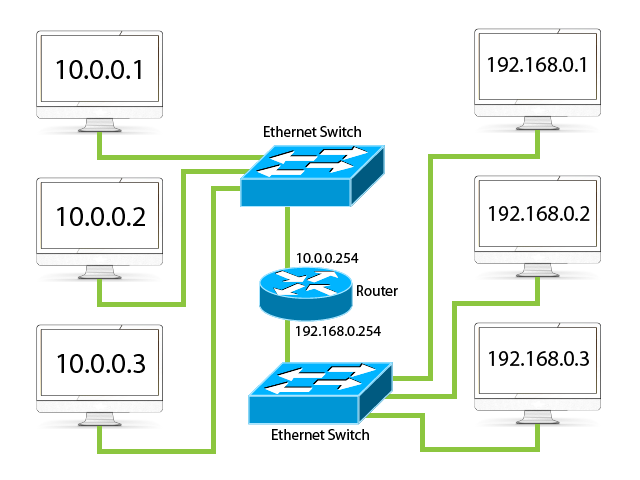 Modern routers can be very complex actually performing many different types of tasks including an ethernet switch, NAT, firewall, DHCP server, bridge, etc. For a device on a network with a router to be able to connect to a device on a different network the router's IP address needs to be added to your device's network configuration.

When you use the internet you don't generally type IP addresses in and it would also be silly as you'd have to remember lots of IP addresses to be able to visit web sites. So just like in the real world where you don't have to remember lots of telephone numbers you can look up a number in a directory e.g. the yellow pages for businesses. Computer networking uses the same principles. There are directories called "Domain Name Servers" (DNS for short). Just as there are multiple directories in the real world you can add more than one DNS server to your computer's network configuration. Your "local" DNS server is usually provided by your Internet Service Provider (ISP) but you can also use global ones such as: To configure Cloudflare as your primary DNS servers:

When you connect a device such as your computer, iPhone or iPad to a network for it to work on that network it must have a unique IP address. Instead of having to manually enter IP address settings individually on each and every device you can automate this process by using a DHCP server. If the device has the same IP address (such as one entered manually or specifically given to it by a DHCP server every time it is turned on) it is known as a "static" IP address. If the address is given out by a DHCP server from a "pool" of addresses and the address changes over time then it is a known as a "dynamic" IP address.

DHCP servers handle the automated process of giving out TCP/IP information to devices on a network. They are usually given a pool of addresses to use and other addresses in the network range are reserved for static use e.g. DHCP servers are now found in many devices including routers and wireless access points. Software DNS can also be used on computers and is usually a part of a "server" type operating system's suite of facilities.
NOTE: You must only have one DHCP server active on a single network at any given time.
NOTE: You must make sure that any static IP addresses used are not in the DHCP pool otherwise network conflicts may occur.

So for your computer or any other network device to operate properly on a given network it must have four bits of information:

NOTE: On a Mac these are found at Apple menu > System Preferences > Network and then select your network connection type on the left.

You can now set up a basic network like this real world example: 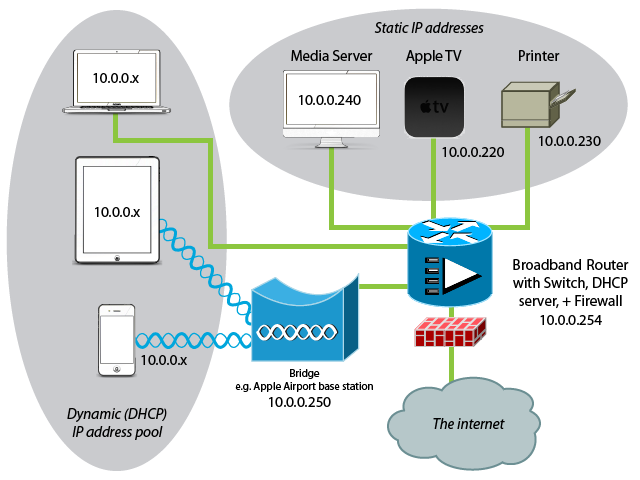 In the above real world home or office network example there are multiple network devices connected to a broadband router which is connected to the internet. The router is handling ethernet switch, routing, NAT, DHCP server and firewall duties. There is also a wireless access point on the network in bridge mode but it is entirely possible for the router to also be acting as a wireless access point along with all the other duties.

This article is © MacStrategy » a trading name of Burning Helix. As an Amazon Associate, employee's of MacStrategy's holding company (Burning Helix sro) may earn from qualifying purchases. Apple, the Apple logo, and Mac are trademarks of Apple Inc., registered in the U.S. and other countries. App Store is a service mark of Apple Inc.